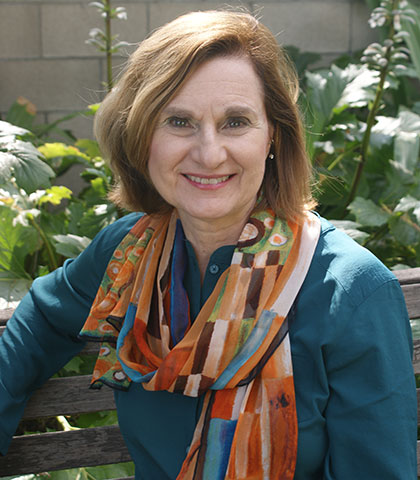 Sharon is a globally acclaimed expert on Stanislavsky, the Russian actor/director who radically changed the way the world thinks about acting. Through her work, Sharon brings fresh and accurate perspectives to bear upon his life and practice.

Unique in her expertise because she combines acting with fluency in Stanislavsky’s native language and culture, Sharon began as an actor and dancer. While growing up in Connecticut, she fell in love with the classics as an intern at the American Shakespeare Festival Theatre in Stratford. She added musicals to her repertoire, when she played a twelve year-old in Ralf Harmer’s revival of The Music Man in New York City. She began directing, when she co-founded the Potato Players, a New York theatre ensemble dedicated to new plays. Her production of George Naylor’s The Locked Room at the Lincoln Center New Play Festival won the Samuel French award.

Stanislavsky made his entrance into her life when she majored in Russian at Barnard College. One day, when her acting teacher at HB Studios asked her to look up one of Stanislavsky’s Russian terms, she was amazed to find that the books he wrote in his native language are much richer and more interesting than their English translations. “I liked this Russian Stanislavsky much better—he was more collaborative, forward-looking and imaginative than he seems in English. He even had a better sense of humor! From that moment on, I wanted to introduce others to this Russian Stanislavsky!” She went on to earn a Ph.D. in Russian at Columbia University and traveled extensively in Russia where, over the years, she studied Stanislavsky via his former students and his unpublished and untranslated writings.

Sharon’s book, Dynamic Acting through Active Analysis, is the first pragmatic guide in English to the practice of Stanislavsky’s most innovative rehearsal technique. The book starts with a mystery story that brings Stanislavsky to life and introduces his assistant, Maria Knebel, who brought the technique into our era through her teaching and directing. Sharon’s book then follows a diverse group of contemporary actors as they learn to use Active Analysis today.

As an author, Sharon first attracted attention for her ground-breaking book, Stanislavsky in Focus, that cuts through the persistent and inaccurate myths about the man and his System in order to set the record straight. Focus (now in an updated second edition) has become the indispensable source for actors and theatre scholars alike.

Among her many other publications, readers will find cutting-edge studies on film acting and new media, including the co-authored, Reframing Screen Performance. Her award-winning, actor-friendly translations of Anton Chekhov’s plays are published in Four Plays and Three Jokes, and her Checking out Chekhov provides an essential guide to his plays and comic sensibility.

As a teacher and director, Sharon passionately advocates for Active Analysis—a technique deeply rooted in Stanislavsky’s life-long respect for actors as creative artists and in Knebel’s embrace of new dramatic styles. Active Analysis fosters in actors the kind of flexibility that they need when they face today’s challenges of working across venues (from stage and screen to new media) and with a variety of performance texts (from the classics to postdramatic plays and from sit-coms to the devising of new works). Sharon has taught Active Analysis in many corners of the world, including the United States and Puerto Rico, Australia, Finland, England, France, Italy, Germany, the Czech Republic and Norway. She was formerly at New York University, is currently a professor at the University of Southern California, and conducts a private Studio in Los Angeles.

“With a Ph.D. in Russian, I take actors and readers directly to the words and worlds of Stanislavsky, Knebel, and Chekhov. As an actor and director, I know in my bones what it is to perform, and so I always write and teach from this perspective.” 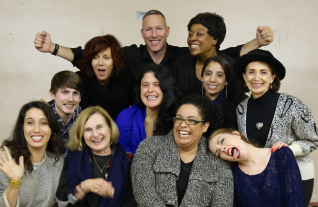 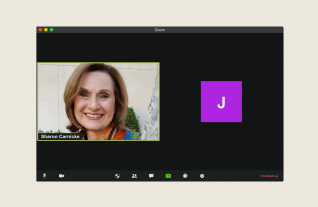